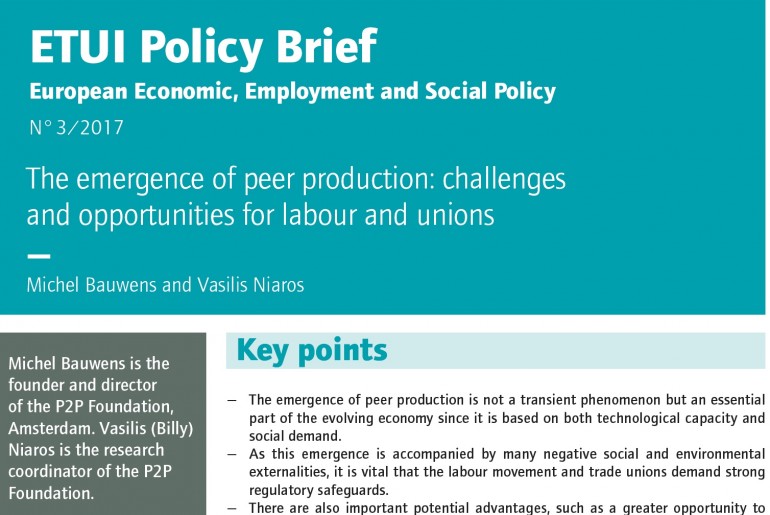 A new Policy Brief was published at the European Trade Union Institute by the P2P Foundation team. It includes interesting insights on commons-based peer production and the collaborative economy.  The authors are Michel Bauwens and Vasilis Niaros (P2P Foundation).

This policy brief discusses the implications for labour and trade unions of new forms of work that are organised via distributed digital networks using the internet.

The authors focus on what has been called ‘commons-based peer production’ but also address the more controversial case of ‘platform capitalism’ (such as Uber or AirBnB). These new forms of production and work pose real challenges for the trade union movement and workers. According to some research, there is evidence of a direct connection between precarious work, new unemployment and these emerging forms of production and work.

The aim of the authors of this brief is to highlight also the opportunities that the emergence of peer production offers for the labour movement and workers in the form of a new wave of cooperative organisations that can create ‘non-subordinate labour’.