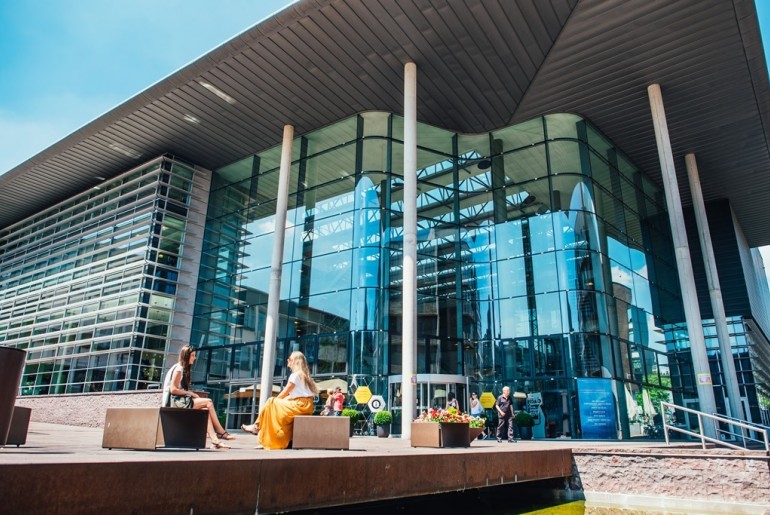 Recent strikes and threats of retaliation (such as lock-outs or the disconnection of striking workers) have revived a sense of what can be achieved together. However, they have also shown that our technical systems are vulnerable to control and override by the employers with whom we are in tension. This event mobilises our skills of hacking, assembling and “working around” to make tech for pickets, fundraising, teach-ins and other self-organized and ad-hoc worker action.

“Collaborative Technologies on Strike” is one day of collaboration among scholars, union members, and activists to discuss the possibilities for a technology design, development, and appropriation that is strategically aligned with the goals of industrial action. In particular, “Collaborative Technologies on Strike” reflects on how technologies could support people on strike to persevere, to renovate existing forms of unionism (e.g. digital picket lines), and/or to engage with new/alternative forms of unionism in the light of precarious work. In doing so, we also consider the solidarity practices needed to face the challenges of a strike/lock-out.

The day will be split to consider short-term tactics and quick wins, to be followed by more long-term and strategic planning of technology design and assembly in the afternoon. Specifically, participants will initially discuss the technological tactics that have been employed during recent actions in traditional sectors -in universities in the United Kingdom, the public sector in Denmark or the widespread strikes in France-, during long-term initiatives -as the solidarity movements in Greece- or during actions in novel contexts - including efforts by riders/workers of gig economy platforms in Belgium or Italy. Ideally, during the second part of the day, we will produce a shared agenda for future collaborative action, constituting an initial European network promoting practical initiatives, as networked local events and/or collaborative fundraising, focused on collaborative technologies during strikes.

“Collaborative Technologies on Strike” is promoted by a collective of researchers/activists that met in Funchal, Madeira in March 2018 as part of  planning for the Participatory Design Conference 2018. From the point of view of industrial action, in March 2018, Europe was inflamed by strikes in the universities of the United Kingdom, while Danish workers in the public sector were threatened by a government lock-out potentially capable of keeping them without salary or services for months. Since then, actions have continued, as the workers of France and the long-term solidarity initiatives in Greece are testifying.

Experimenting with human solidarity and political engagement in our daily lives, we reconnect with the origins of Participatory Design as a field that had the ambition of supporting construction of a union-specific agenda for computing technologies. “Collaborative Technologies on Strike” is the first outcome of that encounter, an act of care for the experiences that we make and see the others making, exercised through what we improve everyday, the inextricable nexus of thinking-acting-networking that characterizes our work and lives.

The promoters will be inviting members of trade unions and activists in social movements across Europe. In addition, there are places for some researchers and technology specialists to join in. If you are interested in participating, please send an email to collaborativetechnologiesonstrike@m-iti.org describing your motivation and how you imagine your contribution to the collective activities in the future. The evaluation of applications will take a “first come, first served” approach.

If you work in one of the countries that form part of the COST Action 16121 “From Sharing to Caring”, you could potentially benefit from the limited financial support available for travel (participating countries: http://www.cost.eu/COST_Actions/ca/CA16121?parties). If obtaining financial support is a precondition for your participation, please let us know in your application email.

The event is organized with the financial support of COST Action 16121 “From Sharing to Caring” and it is co-located with PDC2018. The logistical support of PDC2018, in particular of Hasselt University, has been crucial in making the event possible.The information here is also available on the M-ITI website.