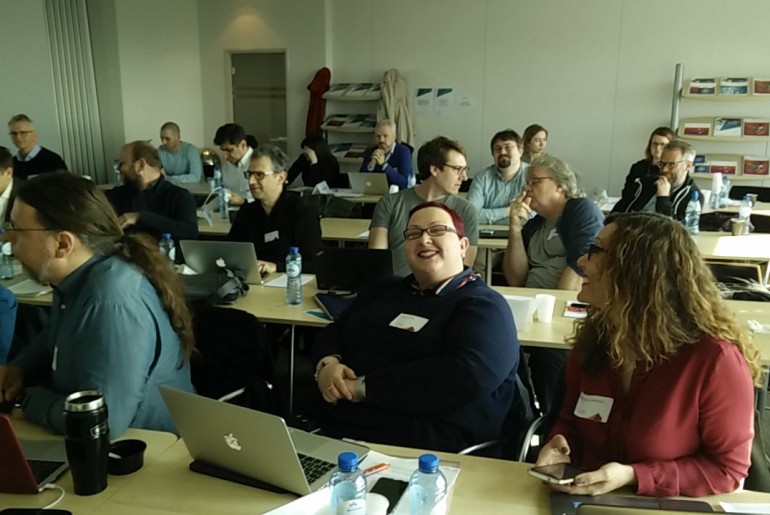 The following officers participated in the meeting on behalf of the COST Association:

The meeting started with a round of introductions.

The SO, Luule Mizera, provided an overview of the COST mission, partnership conditions, budget, etc.

Next, the action structure, the attributions of the Management Committee, the decision making procedures, the role of working groups, the distribution of the budget were discussed in detail by the SO.

The Science Officer, Ms. Luule Mizera, put to vote the nomination of the Chair and Vice-Chair of the action.

Dr. Gabriela Avram was elected in unanimity as Chair of the action.

Prof. Myriam Lewkowicz was elected in unanimity as Vice-Chair.

The University of Limerick was nominated as the Grant Holder Institution.

Gabriela Avram, the Chair of the action, provided an overview of the main objectives, showing that its focus is on socio-technical aspects of the European collaborative economy, and the work will take a practice-focused approach.

The specific scientific objectives and the capacity building objectives were examined, as presented in detail in the Memorandum of Understanding.

The Chair proposed the approval of  QUT Brisbane (Australia) as IPC partner. QUT Brisbane was involved in the writing of the proposal. QUT was approved in unanimity as IPC participant and MC observer.

The Working Group 1 is the first to begin work, and a meeting was proposed for the end of June.

In regards to the next MC meeting, Maurizio Teli offered to host it in Funchal, Madeira (Portugal) in November.

A Training School was proposed to be held in Funchal,Madeira on 20-24 November 2017.

Based on the expressions of interest for each position, brought to the attention of the MC by the action chair, the participants listened to introductions from each candidate and proceeded to elect the Action Management Structure.

The following  MC members and substitutes were elected during the meeting:

The Chair  invited Prof. Maurizio Teli, who  proposed the organisation of a Training School and an MC Meeting in Madeira in late November 2017, to present details on the venue,  travel alternatives, accommodation conditions, etc.

The Training School proposed is titled: “Toward the Collaborative Economy: Learning from Critical Perspectives”. The Training  School is supposed to train up to 24 postgraduate reseachers. 4 local trainers would be involved, with other 4 to be invited from the outside.

The MC meeting would follow the Training School in the same location. The dates suggested for the MC, followed by WG1 and WG2 meetings are 27-28 November 2017.

The Chair suggested a WG1 meeting in Troyes, France, for 24 June 2017, before the workshop Collaborative Economies: From Sharing to Caring,  initiated by a group of MC members and accepted at the Communities & Technologies 2017 conference in Troyes, France, to take place on 26 June 2017 (details at http://collaborativeeconomiesworkshop.wordpress.com).

A COST workshop is proposed to take place in Sheffield, UK, under the title ‘Digital Platforms for the Collaborative Economy’, on the 28 August 2017 (details at https://sharingandcaringcostaction.wordpress.com/events/digital-platforms-workshop/).

A Q&A session followed, in which the action Chair, the SO and the AO answer the participants’ questions.